How about a stay in Heritage Hotels of the lake city “Udaipur”?

Visiting the city of lakes and getting the real feel of staying in a heritage hotels in Udaipur can go together. The only way to make it happen is the strong desire to feel like a royal in an awesome location like Udaipur. Udaipur is home to some of the grand forts, heritage resort in Udaipur and palaces which boost the magnificence of the art and architecture of the erstwhile Rajputana kingdom. These erstwhile residences of the royal families are set in the amazing solitude of the Aravalli’s and lakes. Some of the popular heritage resorts in Udaipur are Shiv Niwas Palace, Fateh Prakash Palace, Taj Lake Palace, Lalit Laxmi Vilas Palace, and RAAS Devigarh. The purpose of this write-up is to take you on a virtual voyage through the collection of some of the best heritage hotels of Udaipur.

Some of the best names amongst heritage hotels/Resorts In Udaipur Explore for: Heritage Stay in Rajasthan in Trip.

This erstwhile palace was built in the 20th century, during the rule of Maharana Fateh Singh. It was built for the stay of the visiting guests and dignitaries of the Mewar royal family. This royal guest house has been transformed into heritage resort in Udaipur and is famed as one of the most luxurious heritage hotels in Udaipur, offering premium amenities in a conspicuous old-world setting. Enjoy Heritage hotels in Udaipur when Planning Udaipur Tour Package. 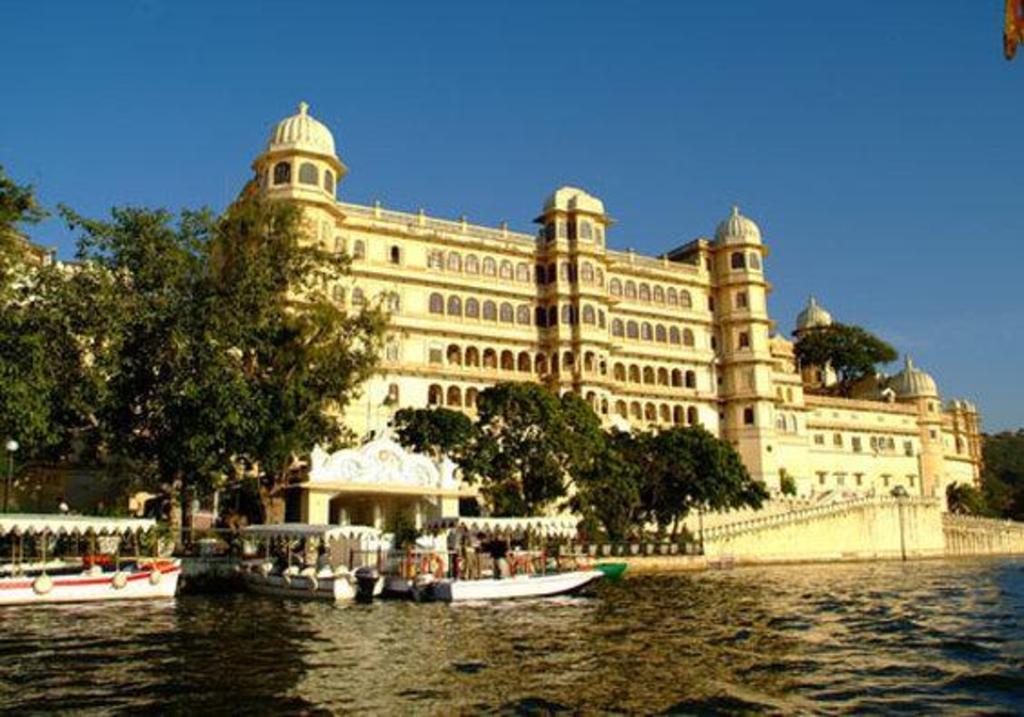 Book For : Heritage Stay in Jaipur in Trip.

The Taj Fateh Prakash Palace the best heritage hotel in Udaipur is majestically located along the shores of Pichola Lake in Udaipur. The palace gets its name after one of the greatest rulers of the Mewar dynasty, Maharana Fateh Singh. The palace was renovated and converted into a heritage resort in Udaipur, known for its premium facilities and cordial services. This heritage hotel in Udaipur features distinctive turrets and majestic domes. This heritage resort is a storehouse of priceless paintings, exquisite chandeliers, and collection of unique crystal and crockery. Get more other services like Jaipur Tour Packages, and Jodhpur Tour Packages. 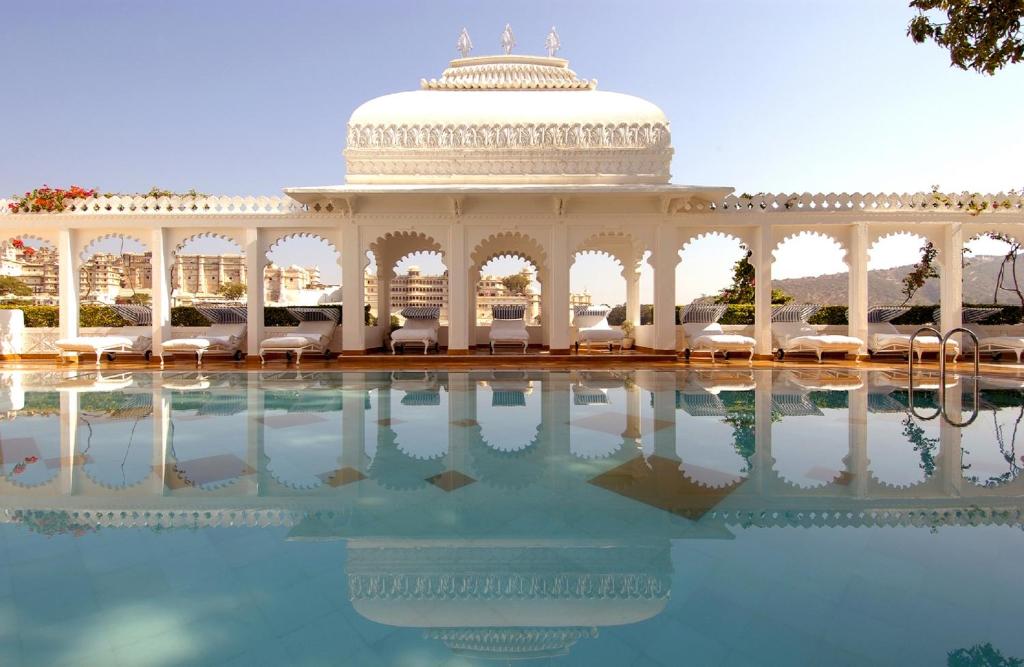 Best one for You : Heritage Stay in Jodhpur in Trip.

Lake Palace one of the best heritage hotels in Udaipur is located on an island in the middle of Lake Pichola in Udaipur. The exquisite white marble Lake Palace was built as an epitome of love in 1746 by Maharana Jagat Singh II of Mewar dynasty. Sprawling over 4-acres, against the backdrop of Aravalli Mountains on one side of the lake, and towering palaces on the other side. The Lake Palace in Udaipur floats ethereally on the crystal clear water of the lake. Now functioning as a luxury heritage resort in Udaipur, the palace features fairytale gardens, extravagant comfort, and regal decor, making this heritage hotel of Udaipur one of the most sought-after hotels in Udaipur. Book for Vehicle Rental Services for your upcoming tour in Udaipur.

This Heritage resort, The Lalit Laxmi Niwas Palace building was originally built by Maharana Bhupal Singh in 1911, to serve as the residence of Mr. Winn Gate – an eminent political agent of that time. Later, when Mr. Gate was shifted to another palace and Grand Laxmi Vilas Palace was revamped to serve as a royal guest house for dignitaries, visiting the kingdom

This heritage hotel in Udaipur managed by the Grand Group of Hotels since 2002, Laxmi Vilas Palace Hotel has been meticulously restored, with special emphasis on accommodation options – which finely blends all contemporary luxuries with a regal touch of the bygone era. Get the best Rajasthan Tour Packages and visit this place with you near one.

This heritage resort/ hotel nestled in the Aravali hills of Rajasthan, this  18th century Devi Garh Fort Palace is a war trophy awarded to Rajrana Sajja Singh and his brother Ajja Singh, for his bravery and loyalty to Maharana Pratap at the battle of Haldighati (1576) against the Mughal emperor Akbar.

After the Rajputana provinces came under the Republic of India, this heritage resort was thereafter restored for 15years and reopened as a heritage stay in 1999.
Now booking for these experiential heritage hotels has become simple. Just visit the Padharo platform and book for any travel services including heritage resort in Udaipur. Look these most visiting places in tour packages.
To enhance your lodging experience these heritage hotels in Udaipur  are equipped with the best amenities viz. recreation center, spa, sauna, magnificence administrations, clothing administration, room administration, pool, entertainment, and indoor games, access to the web, and eateries with the most popular cuisines from around the world. Padharo is a concierge where you can book online Vehicle on Rent in Udaipur like Taxi Service in Udaipur and Self Drive Car in Udaipur, Book Bike Rental in Udaipur in Two Wheelers with Us. Make your heritage visit easy with Padharo.

Top 10 Shopping Places in Udaipur. What and Where to Shop?